You are currently browsing the monthly archive for January 2007. 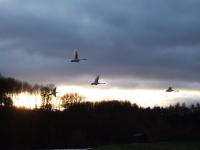 END_OF_DOCUMENT_TOKEN_TO_BE_REPLACED

Back in December gear lust got the better of me. Having recently got a rather nice fly rod on the ‘cheap’, a conversation with a certain pal of mine put me in mind to get a really good reel to go with it. I was looking for something that would take both a four and a five weight line, so I could use it with my wee rods. After one of those hazyily remembered trips down to a fishing tackle shop I found myself the owner of a rather lovely Vosseler DC3. It made an amazing sound when you turned the spool, and oozed quality German workmanship. Only problem was the weight. I reckon for a six weight rod, it would have be fine. Great, even. But for my five weight wand, and certainly for the four weights, it just wasn’t right. 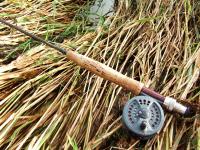 END_OF_DOCUMENT_TOKEN_TO_BE_REPLACED

My pal and I have been watching the weather closely over the last few weeks, desperate for a window of opportunity. The rain slacked off a little bit towards the end of the weekend, and yesterday the weather was fantastic. The river levels were also looking superb. All in all, perfect conditions for getting the grayling excited. Unfortunately, we didn’t go fishing yesterday. No, we went today.

I looked out the window at 8am whilst my tasty brown bread toasted away, waiting to receive its coating of chocolate spread. The ground was slightly damp, but the sky looked clear and in a few minutes the sun began to squeeze through the last remaining clouds, shedding weak winter rays into the kitchen. Surely the conditions were good. No rain at midnight, no rain this morning.
END_OF_DOCUMENT_TOKEN_TO_BE_REPLACED

I don’t know who this guy is, but I call him the Bee Man. I don’t take many photos, so I like to make the few I take special.

The Lanyard of Power

It’s amazing how creative the angler’s mind can get during the close season. It’s been over three months since I wet a line, and I’m beginning to feel it. Recent posts have probably hinted at my burgeoning desperation, as thoughts have turned to unnecessarily expensive fishing tackle and pathological levels of fly tying. Stuck into the fray has been Christmas, shocking weather and a move of flat. This is precisely the sort of crap that makes me need fly fishing.

Until the weather clears and the grayling come out to play, or the next three months go by and the new season comes around (it’s about 50/50 as to which will happen first) it’s the ‘thoughts’ thing. Recently, the most obsessive of these has been that of the ultimate gear-carrying system. 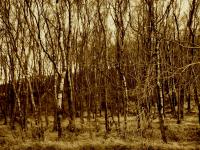 Up until the middle of last season I was a waistcoat man. I don’t mean any old waistcoat either, I’m talking seriously cheap, nasty and unfashionable. My brother and I wore almost identical apparel, the only difference being that my pockets contained three times as much rubbish. Given that the reverse is true of our outward mutterings I’d say that overall we were pretty even 😉
END_OF_DOCUMENT_TOKEN_TO_BE_REPLACED