You are currently browsing the monthly archive for August 2008.

4 boats and a skull

On Saturday I went up the west coast to Oban for a wee day trip. ‘Twas a fine day indeed, particularly since the forecast all week proclaimed doom. No fishing featured in proceedings, but a sight seeing stop by the bonny shores of Loch Awe did reveal a strange aquatic beast. Lying on the bank, next to a half-burnt fire containing a fine collection of rubbish, was a large fish skull. Unquestionably that of a pike, and a pretty big one too. The array of teeth was particularly impressive. Certainly makes me glad I’m not a perch.. 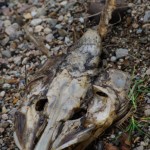 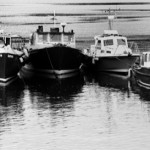 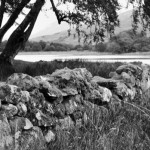 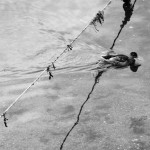 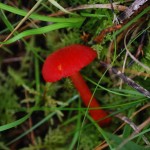 I wondered how it had got to be there. I’d like to think it was roasted and eaten as part of an enjoyable fishing trip. But given the state of the rest of the place, I couldn’t help but suspect a more brutal, pointless history. From what I can understand, killing large pike like that, even when they live in a trout loch, is not a particularly good idea. Along with eating the weaker, often sick and injured fish of smaller species, they stem the tide of young jack pike that can really do damage. I won’t go into the subject of the state of Loch Awe any further at the moment, for if I start it will be a tirade of venting… holy $%^Â£(*^ are some people stupid.

As we were walking up back to the car, a bright red mushroom was spotted. I’ve never seen anything like it before. I’m still trying to find out what it was, because none of my books show anything so deep a red. There were a few of them together, buried under the long wet grass. If anyone is an expert (or otherwise), I’d be delighted to know it’s name.

Having just made the previous post, I noticed that the 20,000 unique hit mark was passed last night, which is almost hard to believe to be honest. Somewhere out there quite a few people are dropping by my little corner of cyberspace to read fishy mumblings. Thanks to everyone who comes here, and especially to those of you who seem to enjoy it enough to come back. I’ll raise a quiet glass of Caol Ila tonight 🙂

I’m feeling in a particularly contemplative and reminiscent mood this evening.. I say evening, but it’s 2 in the morning and I’m fed up of working. I just dug up some old photos and video clips, back in the days when it didn’t rain every day and I actually went fishing.

One trip really sticks in the memory. It was July 2006, and my brother and I went on a three day fishing extravaganza in the south of Scotland. We fished a nice river (didn’t catch much), then a remote wee hill loch, with a simply gorgeous wee outflow burn. I have one video clip in particular which brings back a crystal sharp memory every time I watch it. My brother had gone ahead in search of a nice pool further up the burn whilst I fumbled about with a map or a headtorch or a piece of string or something similarly useful. As I came around a bend in the track I noticed his bag, but not him. I crept around the large boulders at the top of the mini-gorge, and found him crouched down at the side of the most stunning pool you could imagine. 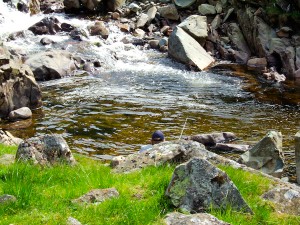 The sun was shining, the water was ever so slightly whisky-tinted, and it gurgled and bubbled and slipped over the rocky pool head and into the main amphitheater. As I watched, he flicked his leader gently towards the pool inflow. Despite its bright deer hair wing, it was impossible to see the sedge among the bubbles and white water, and my eyes darted maniacally around the riffle. Suddenly there was a mini explosion, like a passing bird had dropped a stone (or something else) into the pool. He tightened the line, and a trout flew four feet back toward him, before summersaulting back into the pool. Somehow it had stayed on the hook, and he quickly played (hmm…possible pushing it there) the golden spotted brownie back to the net. The idea of a net might seem a bit absurd (it was), but it did allow us to sit back for a few moments of infantile jubilation whilst we gawped at the beauty of the trout. It was about 5 inches long. But in the setting it made our smiles at least that wide. 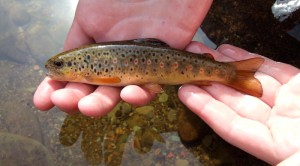 Thinking back on that day, I’ve come to the conclusion that it defines almost everything that is good about fly fishing. We were in a stunning setting, deep in the southern uplands, surrounded by sweeping hills that glowed green in the warm sunlight. The sound of the burn was like a thousand tinkling wind chimes, all singing together a song of quiet contentment. Trout darted around the pools at the slightest shadow, but with a few minutes rest regained their innocent confidence. There was nobody else there, just a couple of brothers sat ogling in disbelief at the simplest of things, a tiny fish shining in the rippled water. 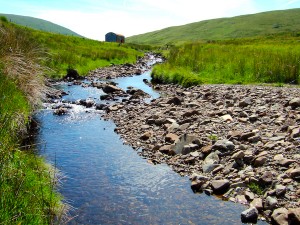 I’m under no illusion that all of fly fishing is like that day, with its zen calm and eery silence, shared brotherhood and wild smiles. I don’t even think it should be, for if it was always like that I think I’d be bored before long. But I do think there was something in those moments that, if lost or forgotten, would spell the end of a truly lasting enjoyment of the whole thing. I have the strongest of inklings that the day I loose the excitement of those hours, a pounding heart at the sight of the next pool, is the day I need to stop fishing.

A new blog to read

Right then, the long-awaited blog by one of my good pals has gone online. Actually, it’s been running for more than a month now, but I only just noticed it. Take it from me, this one will be well worth reading. Find it here:

The author used to live close to me here in Scotland, but has now buggered off to the USA. Trout and grayling all over the UK have been having a party to celebrate. Eccles, as he is now apparently known, likes cakes, streamers, dry flies and occasionally (masterful) nymphing. He’s a master with the trout, though still has some way to go with large grayling (ask his wife…)