You are currently browsing the monthly archive for June 2009.

It’s been quite a while in the making, but today I’ve finally put up the new version of my online photo gallery. The Tamanawis Gallery is separate from the blog, and is designed for easy browsing (I hope..) and simple presentation. I will be updating it continuously, but to start with there are quite a few wee pages to have a look through. Head on over if you’ve got a moment.

I’m sure many folks have already come across this, but for those like me who hadn’t then I’ll draw your attention to Davie McPhail’s YouTube channel. He has a fantastic collection of tying videos on the channel, way more than I’ve seen before and of very high quality. Pretty incredible what you can get for free really, considering what some folks charge for their fishing/tying videos.

This is getting really exciting folks, I’ve already posted a new tree to the growing Trees section of Tamanawis. Wait for it….it’s the elm of course! Even better, get two for the price of one, as there are both Wych and English elms in my neck of the woods. How about you? Cruise on over to read all about it here.

Tomorrow I’m going to go out of my way to wear sock with sandels. I think that would be an appropriate statement of my current state of personal development.

The last couple of weeks have been much warmer than the blustery chill of early spring. I’ve been watching in wonder as the evenings have pulled away into endless fading blue and orange, waiting for the right moment to have a proper evening session. Last Tuesday morning I resolved to head out straight from work, just before five, hoping to be fishing well before six. 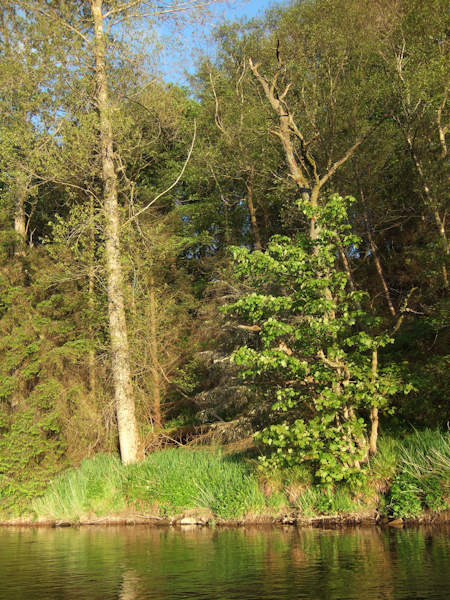 As I drove my mind flickered between locations. I always find this the difficult bit, which exit to take.. I eventually decided on a bit of small stream action on my favourite of small streams. However, as I drove close to its bigger brother, I felt inexplicably lured to have a go there instead. Time was short, so I stopped at the nearest access point (ok it’s not the nearest, but near enough the nearest) and pulled on my waders.

Looking around me the light was really beautiful, a piercing warm orange glow as the sun passed close to a storm cloud. The cloud seemed to encourage the wind too, for it was merrily puffing away as I strung up the 5-weight. I vaulted the nearest fence and made like a ferret across the field in a downstream direction. I say made like a ferret, but that’s not really a particularly accurate statement of fact, as indeed the fact was that with at least one broken rib I probably made more like a wheezing, crippled goat across the field. 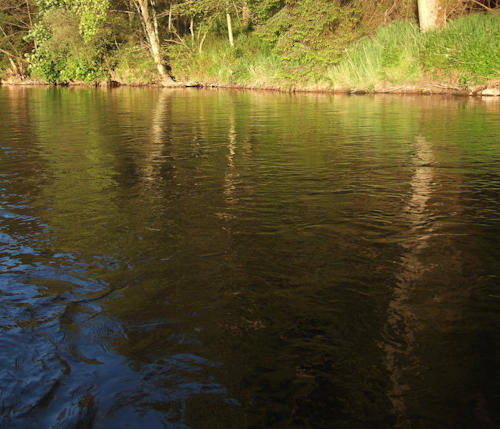 I walked for a while, until I was well downstream of my target pool. Standing in the riffles beyond the tail, it looked sumptuous in the evening light, swirling eddies and foam lines like a mass of jumbled contours on a map. I slowly edged forward..

An hour later I slumped myself down on the bank and scratched my nose. Parr rising and splashing all over the place, and nothing else. I’d carefully fished more than halfway up the pool on dries, and things were ending up looking more like a session of casting practice. I turned over the idea of chucking a streamer down through the riffles and into the pool below, but it somehow didn’t feel right on such a beautiful evening.

On a complete whim I decided to put up a pair of small nymphs and fish them upstream through the rest of the pool. I slid myself off the bank and slowly ambled a few feet into the water. It had been many moons since I last fished nymphs like this, so after letting the current lengthen the line I pulled up the leader and slipped a tiny foam indicator about 3 feet above the top nymph. At last satisfied with my setup, I made a cast upstream and slightly across.

It can be a funny business fishing nymphs like this. In the winter I have failed many times to catch grayling using such techniques, growing steadily more frustrated as each little bob and stop of the indicator turns out to be a piece of weed or a rock. Second cast up, and as the indicator was brought back to me by the current, it paused for thought about 2 or 3 metres upstream of where I was standing. I pulled my rod up and stripped in the slack and found myself attached to a moving rock. It swam in a small circle, before heading downstream towards the riffles. I caught a glimpse of a silvery side as it flashed past. 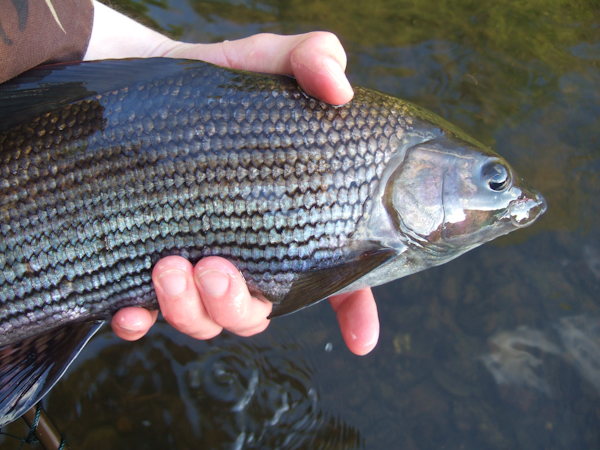 It didn’t take long to realise that not only was the rock not a rock (two nots don’t make a right…), but it wasn’t a trout either. Finally drawing the fish towards me I saw a gigantic dorsal fin, which flipped over from side to side as I slid the net through the water and under him. A beautiful spring grayling, not really a fish to be targetted at this time of year, but nevertheless a welcome surprise. A quick look at the weigh-net scales showed he was a smidgen over 2.5lb, a real beauty in any river, and in absolutely cracking condition. I know the grayling should be getting into spawning season very soon, if not already, but you wouldn’t really have known it from this fish. 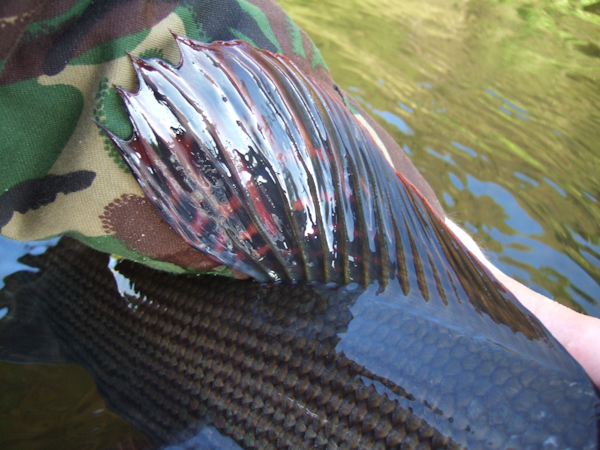 After slipping the grayling back I fished on for another hour but connected with nothing else bar a few enthusiastic parr. I don’t know if I’ve ever had such an immediate and superb response from a change in tactics. I was undoubtedly lucky to come across such an apparently solitary large grayling, but it was still a really good feeling to think that I managed to do everything else right. Perhaps I’ll have to give the winter lark another try.. 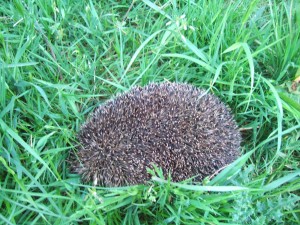 Just to round out a truly fantastic evening, on the way back to my car I came across a cute wee hedgehog padding through the grass. I tried to get a close up, and was greeted with the spiky-football treatment.