A month since words appeared here. The unholy unification of work, travel and lack of fishing have conspired against fun times and leaping trout. The usual glut of June evenings hunting down BWO supping trout have not transpired at all, replaced by hours spent indoors watching impressive thunderstorms and finding new ways to put off doing useful work. 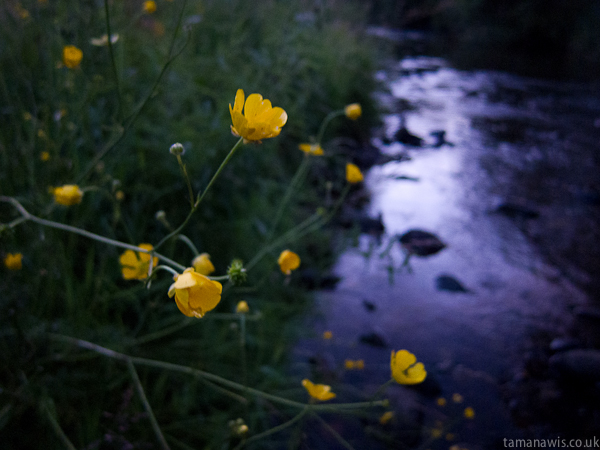 There have been precisely two trips since the end of June. One was a miserable, rainy blank, about as far from certain other people’s hero-shot glory as is possible… The other was a 2 hour targeted strike last week, at dusk, down a local river. Whereas I usually arrive early on such evenings, this time it was well past 9pm before the leader touched the first riffle. 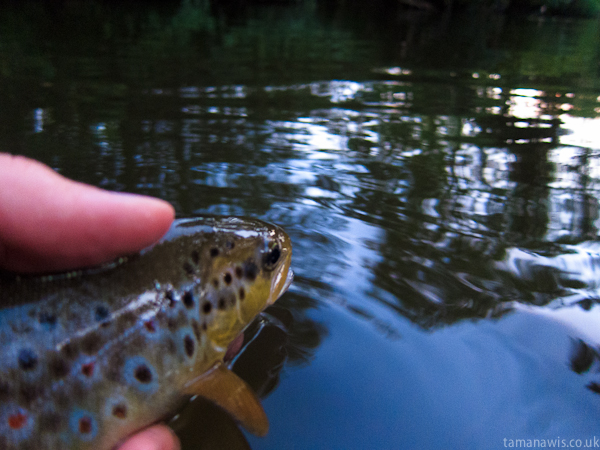 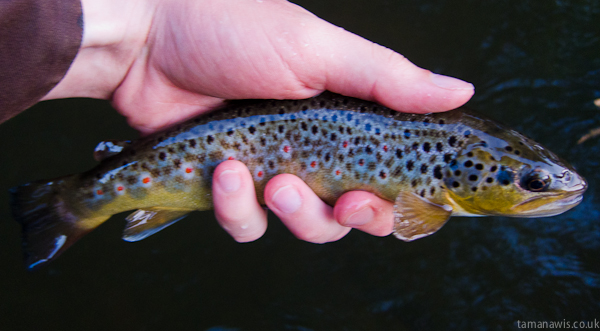 Moving up through the run it was an odd feeling to use the 3 weight for only the second or third time this year. Spaghetti came to mind at first, but it became natural quickly enough. A bit more colour to the water than usual (and it’s usually a bit coloured), and a distinct smell of mankind-derived-fumes (MDF) mixed in with wildflowers and damp grass. 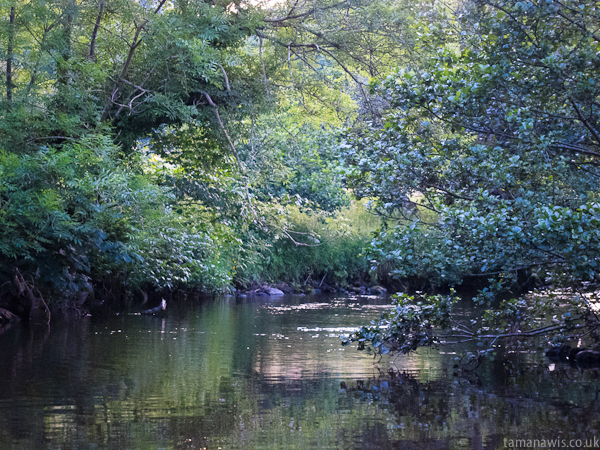 Up at the big quiet pool there were trout rising as usual. Spinners buzzed around and showed on the water, but the splashy rises inspired the choice of a foam beetle. This didn’t work at all. Many refusals later and on with the quintessential summer evening fly, the size 16 sherry spinner. An immediate response, and there followed an hour or so of lovely quiet fishing to free rising little trout. The largest was still south of 1/2lb, but gave a great tussle on the light gear. 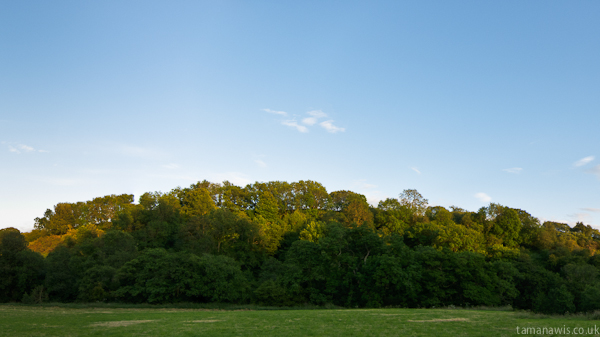 The highlight came from a nice trout that was rising right under branches, and protected on the far side by a protruding log. A couple of branches caught, followed by mild oaths, then a good cast and a calm take and the line was running around in circles, matching my own heightened mood of optimism. 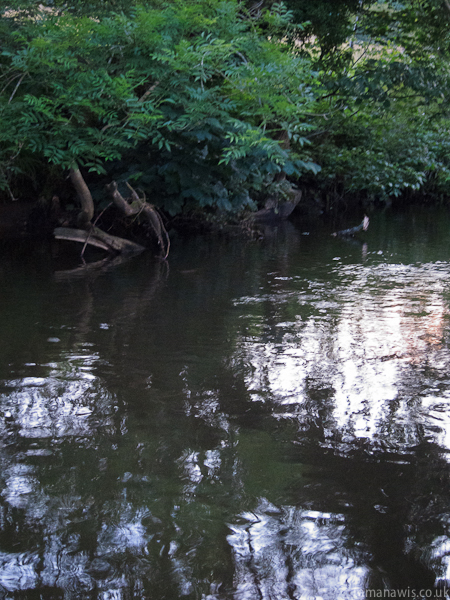 Short evening sessions break up the worky drag of a week quite beautifully. Quick enough to fit in, even after some dinner, but memorable enough to wonder about the next day whilst sipping tea and thinking of the 173rd novel procrastinatory solution to life’s problems.

I trudged up the hill to the car, waiting in hot anticipation for that blasted dog to howl at me again. Instead I was serenaded by swooping bats, not that I could hear them of course. Across the valleyÂ a full moon rose and everything shimmered in pale blue. That sense of slight coolness on the face at this late hour, balanced by the warmth of the wader-clad walk. It felt like summer. 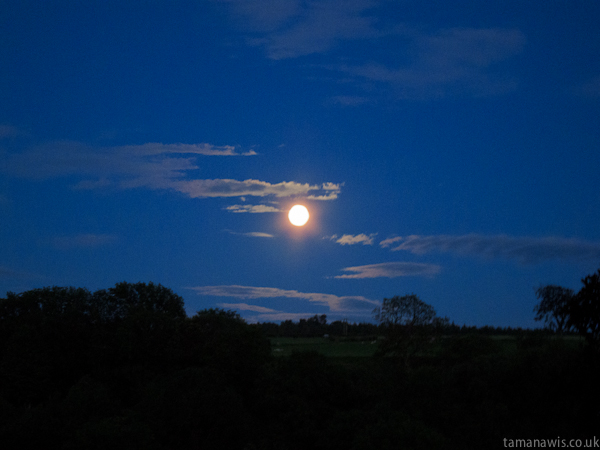