The trip that was, wasn’t and then was (Part I)

It’s been a pretty fishy weekend. There was a bit of an epic fishathon planned up in the highlands with several pals. Things didn’t start well as Ali was struck down with the lurgy. I suppose the trip could have happened anyway, but like Queen without Freddy, things just weren’t going to be the same. Hopefully that trip will happen another time (unlike the Fredster).

Lost without our planned fishing mission we pondered staying behind and fishing our local stretches. But we were in an itchy feet kind of mood and hastily hacked together a plan for an alternative trip. There were going to be burns, lochs and heavy backpacks involved and maybe even a fish for tea. 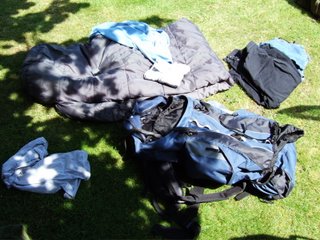 First though things started with a wee evening session down our local urban river on Friday. Weather was hot and bright and rather July like. Once again a good few fish were moving, but once again the rising was a little sporadic. I winkled out a few small fish and lost one maybe 3/4lb. Fishing the sedge sedge sedge as usual.
Brother managed better with two around 3/4lb and lost another larger one. There were plenty of BWO male spinners around at one stage which isn’t something I’ve really seen much of on this river. Needless to say there wasn’t a particularly noticable spinner fall. 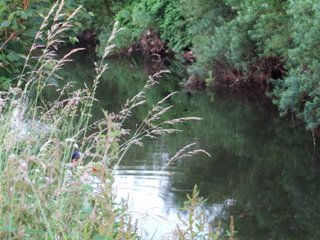 Next morning we took our time packing everything we could find in the northern half of Glasgow into our backpacks. That I can tell you is an achievement because they like their concrete cinder blocks in these parts.

Down to a river in the south of Scotland it was we went. Amazingly we were still in a rush to get to the river despite an apparently incredibly large quantity of time when we left home. This happens too often to me. Need to sort that out, though to be fair the ‘directions’ given by the ticket required a bit of Crystal Maze style mind juggling to work out.

Fishing was ok, though not great. The weather was again hot and bright. The fish got quite excited around half nine, but I couldn’t work out exactly what they were taking. Something small and just under the surface I think, possibly caenis. 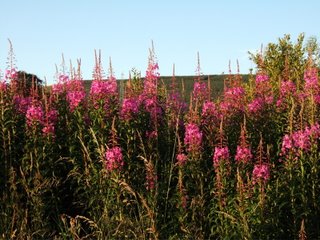 Like most Scottish rivers (outside the NW highlands) there are usually some sea trout present at this time of year, so when it got dark I had a go swinging some big, dark flies through some pool tails. 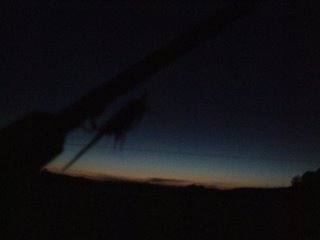 This is a wooly bugger by the way. I love this fly. What a great name. I’ve never caught any trout with it, but then I’ve not fished it much. It tends to work its way onto my cast towards the end of a quiet fishing day when a certain despondancy moves in. I know this is not a fair way to fish such a successful fly. A pal of mine would tell me to fish it stripped past sunken trees, and he’d be right (he is about many fishing things I find).

Nothing showing, probably the lowish water or my crapness. One day I plan to give sea trouting a proper go. I’ve even got a book, so I must be serious. There’s also a plan to visit the moon, which is probably marginally less likely than me becoming good at this any time soon.

Still there was enough evidence of fish to make us want to come back, which I plan to do early next season. Hopefully there’ll be some March Browns milling around at that time, and maybe some proper sized olives..! 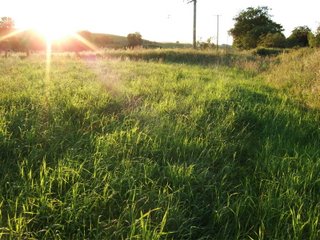 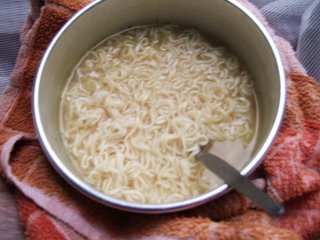