In some ways loch fishing in Scotland is like finding a good plumber: it’s a lot easier if you know where to look. Next best thing is to know what to look for, and for loch fishing it’s pretty common for the best, most productive lochs to be quite shallow. For plumbers, well I don’t really have a clue.. 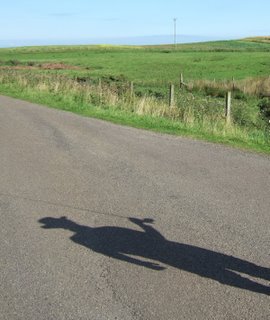 In the far North there are plenty of lochs that fit this description. What makes things really happen though is some of the geology. It’s limey. As in the limescale on my kettle. Which is good, at least for bugs like freshwater shrimp: 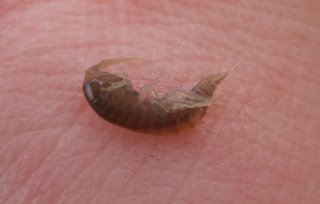 Trout that eat lots of shrimp tend to be more sophisticated, discerning creatures, appreciating a nice bottle of Rioja with their supper. It’s the wine that makes their flesh pink and tasty. We don’t kill a lot of fish to be honest, but just had to try these famous Northern beauties, and we weren’t dissapointed. The fish below was actually returned, but gives a good impression of the superb condition of many of the trout. Prettier and healthier fish you will be hard pressed to find. 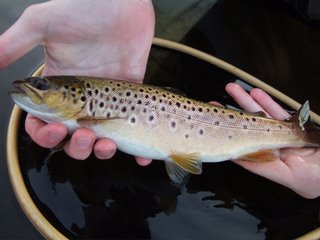 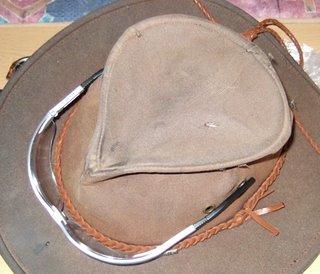 Buzzers apparently feature a lot on some of the Northern lochs, and on some evenings they certainly made a big showing, managing to get all over your face and in places you never imagined possible..

We fished a whole bunch of lochs on our trip, catching in almost every one. There was occasionally the tantalising prospect of some daddy longlegs action, but they never really got going properly whilst we were up. Nonetheless there was one lovely afternoon when I caught a nice handful to a daddy pattern I ‘invented’ the night before. It maybe wasn’t as pretty as some I’ve seen but it was effective. Let’s just say it involved a lot of polypropylene yarn and half a hare’s mask. 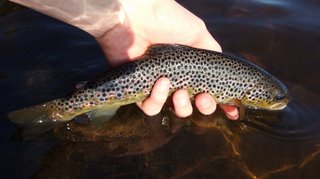 The fish in this loch were a good bit darker than some of the others we’d been catching, but were fantastic as well. I’d never caught on daddy’s before, and it was an amazing sight as fish confindently gulped down the fly. I found a nice bay and carefully wading down into it, casting across the wind and letting the flies drift downwind, like fishing traditional wet flies on a river. At one stage I saw a daddy fly past the line and clumsily hit the water. As it tried to get airborne again I made a bet with myself that it would get eaten, and sure enough, a few seconds later there was a big swirl and the Big Daddy was a gonner.

There was one particularly engaging loch we fished a couple of times. This loch was right near the sea, providing an extra thrill to the whole experience. The first day we were down we ran smack bang into the middle of a nice olive hatch. The old DHE did some nice work for us as usual, cast to rising trout. We found a few larger fish but couldn’t get near without spooking, as it was very calm and the wading was fun. In the evening the big rise we were hoping for didn’t really come, but it was a great place to watch the sun and sky and catch the odd brownie. 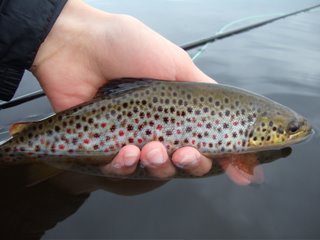 Fishing for two weeks is a bit strange for folks normally doing so only once or twice a week. At first you find yourself thinking it’s great, but you know it’s only for a wee while so make the most of it. But then I found I just stopped thinking about it, and just fished and fished, like it’s what I was designed to do. You get up, schmooze on some brekkie and decide which loch to head for. And the next day. And the next. A great feeling.

Not surprisingly you also find yourself getting noticably better at the whole shubang. Not just the casting, but reading the conditions, choosing the presentation. It feels like the more you fish the more you manage to unblock the sink that’s keeping your fishing a drip-drap instead of a gurgling rush! By the end of the trip I think we both felt like we’d reached a better level in this kind of fishing, which is great.

Need to go for longer next time..