The beginning of the end

It’s been difficult to reach the heights of our northern trip in the last few weeks. In fact the fishing has been at best difficult, and at worst useless. I’ve found myself on some usual haunts, as well as a couple of new ones. But the running theme has been one of dour days and precious few fish.

The weather has been unseasonably warm, but it seems the fish just don’t look out for sunglasses weather when it comes time to think about getting it on. Despite all things it has really begun to feel like the clouds of another season are beginning to be blown away. It’s a funny feeling really, because while I feel sad to know the season will soon pass, I also know that there have been some great moments that can only ripen in the memory. All that is needed is a winter break to focus the mind anew and bring the excitement of a fresh spring. 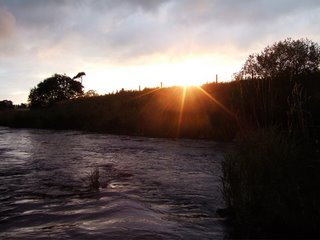 Ealier in September we took a wee jaunt up to Perthshire to fish a couple of rivers for a weekend. It coincided with a family celebration (no coincidence) so of course fishing had to be a major feature. The first afternoon was hot and bright, and we struggled away on a lovely little stream full of pocket water and banked by old Scots woodland. A couple of small trout provided minor breaks in the blanking, but this was perhaps a day for enjoying some of the other distractions of a highland stream. 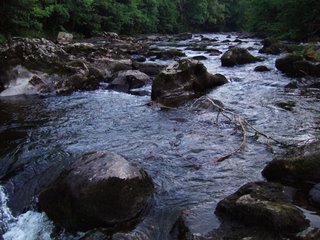 The next day we headed off to a much larger river, and managed to time things pretty well. Soon after arriving some trout started to feed on a small hatch of late olives. We took a few pretty fish to the usual patterns, DHE and a little dun creation of mine that’s been doing quite well this season. A little voice in my head suggested that this might have been the last worthwhile rise of the season. Little voices are often right. 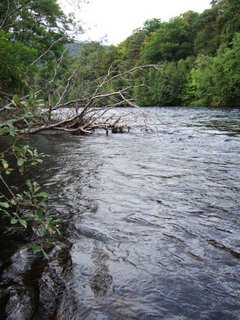