The glory of North

The lack of updates lately is generally due to one of two reasons: not much fishing, or masses of it. For once it has been the latter, as I have been off fishing all over the north of Scotland. There are really too many lochs to write about, for the sake of boredom on the part of the author and any readers, so over the next wee while I’ll put up a few posts about some of the more memorable days. 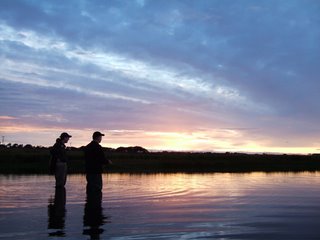 Now there are literally thousands of lochs in Scotland, from minute peaty cess-pits to grand limestone beauties. I personally love to fish pretty much anywhere that’s wild (which is almost all of it), and preferably out of the way, at least in terms of distance from cities (ditto). But, for the average fly angler there are a few lochs that stand out, and we were no different. I won’t go into too many details of precicely where (as usual) because that would spoil the fun. Doesn’t matter really, there’s so much good fishing to be had.

The loch this post is about managed to leave a very strong impression on us. It wasn’t always easy, but when things were on, they were seriously on. We caught some lovely fish, almost all of which came to sedges fished from mid to late evening. Now I am really a riverman at heart, but there were a few nights where the fishing experience rivalled any I’ve ever done anywhere. In some ways it’s like fishing the tail of a nice pool, where the water is glassy and rises look big and inviting. 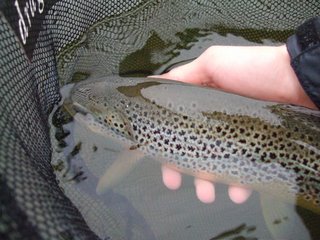 Never before have I come into the company of fish of such quality rising all around. A good percentage of the fish I usually catch do well to reach half a pound, which is absolutely fine by me. But just occasionally to get a few larger fish can really make your day. 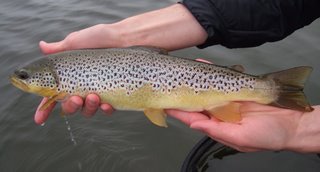 Most nights I used just one fly, a size 14 DHS with a dark black/claret body. One evening there was a bit of a buzzer hatch, and a wee Shipmans buzzer did some good work for me. During the day, DHE’s were often very useful. The key was good presentation and accurate casting. I think in this respect hard learnt skills from river dry fly fishing stand you in very good stead on a loch during a rise. The goal was to land the sedge right in the middle of the rise, or better, a meter or two in the direction that the fish appeared to be moving when it rose. A little patience was sometimes needed, but very often a good cast brought a good fish. 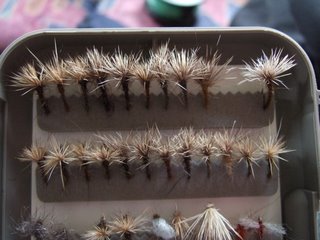 I remember there was a post not long ago about fishing a spinner fall on a river. These nights were the loch version, but brought no less of a banana-grin to the cheeks. Casting a fly at rises on a pink loch surface at 10pm in August.. difficult to describe how fantastic it felt. 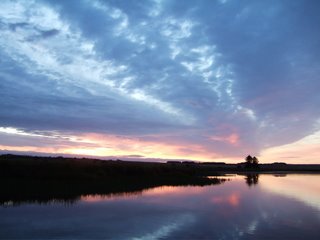 Oddly enough my best fish came during a difficult day on the boat. The conditions in the morning had been flat calm, warm, bright. Mid afternoon and a sudden norwester picked up and within seconds there were splashy rises. A good drift was quickly set up, and it wasn’t too long before a savage take to the sedgehog signalled a cracking fight with a beautiful two pounder. I find almost any trout to be pretty, but I have to say this fish was the healthiest, most athletic and wonderfully conditioned fish I’ve ever seen. Looked a dead ringer for those outragous New Zealand brownies with prominent kypes and charcoal spots. A special fish. Shame about the photo which does so little justice I’m not sure it’s worth posting. 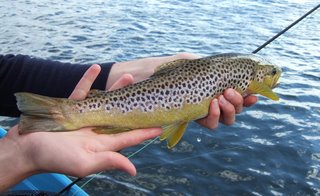 The brother did really well too, taking a enviable string of cracking fishing throughout the week. Of course he needed my deadly flies, but who doesn’t..

Fishing the lochs up there is something to be savoured and enjoyed. Day to day work life definitely concentrates the mind when on a proper fishing break and makes all the experiences memorable. Plans are already formulating for next year..