Three months ahead of schedule

Last weekend I met up with the pal Al, and headed down to a nice bit of water. Once again the conditions seemed good, but once again the clock chimed that it was late in the season, and the trout were thinking of other things. 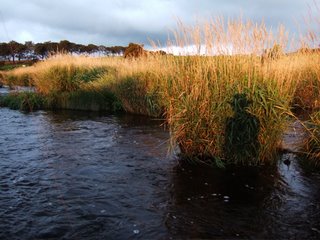 We both started off with dries, myself putting up the usual emerger pattern. I worked up some lovely runs, but only one take registered the effort, and came so out of the blue that it was missed. Desperation began to take hold and I tackled up nymphs that were three months heavier than usual. I refer of course to the deep nymphs of winter grayling fishing, but the river seemed as dead as any December afternoon. 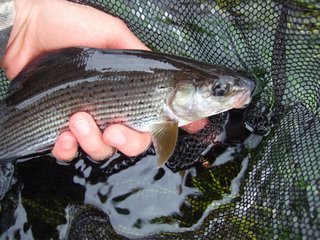 It wasn’t too long before I found some fish. First a small grayling, then a better one from precicely the same spot. Great to see them starting to shoal up, in ones and two at the moment but soon to be more, let’s hope! A couple of trout followed from an adjacent seam, and the hint of a beaming grin passed across the cheeks. 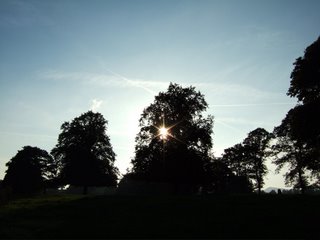 The sun began to sink before I knew it, and it wasn’t too long before I followed in a similar fashion into the river. For some reason I only seem to get properly wet when I’m fishing with the Al pal. Has to be some kind of voodoo curse involved. Having said that, there wasn’t too much involved beyond idiocy when trying to wade through a 5′ deep hole. 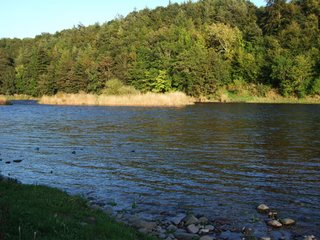 This weekend I headed a little South to fish with the brother again. We fished all day using every method known to the (moderately) self-respecting fly-man but couldn’t connect with much beyond parr. The end of the season feels close. It is close, barely a week away.

In the end I guess everyone deals with the end of a season in their own way. I tend to feel pretty philosophical about the whole thing and try to look at things in perspective. The close season is really a good thing. It concentrates the mind and you get so much more out of the months you can get on the river. And if I’m still saying that in Feburary, I’ll eat all the hats. 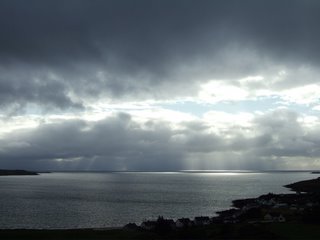