The promise of a new season

Posts have been a little more frequent of late. This is possibly because the end of the season is nigh and I’m kind of cramming in the posts in knowledge of lean months ahead.
Well I was down on my fave bit of water for perhaps the last time until March. It was a strange day in some ways. The weather was very changable, from sunshine that warmed the back of your neck to a cutting breeze from upstream, to steady rain. I love this kind of weather because the quality of the light between the rain storms is fantastic, vivid and moody. It can also spell good angling ahead, at least between the rain showers. 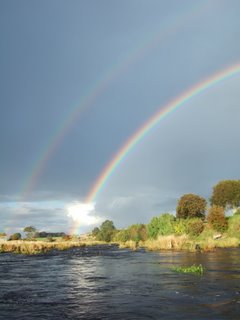 The fishing started off with a good few small grayling. Small as in 3 ounces. Not exactly rod bending stuff. They were rising pretty steadily, though possibly to some very small midges or terrestrials or something similar. Not long after lunch there was a very light hatch of BWOs. Bear in mind this is now October. BWO in october..?! Is that normal? It was certainly mild between the rain showers. It was interesting to see these were much lighter and more yellowy than the BWO of July and August. 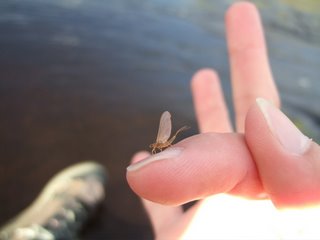 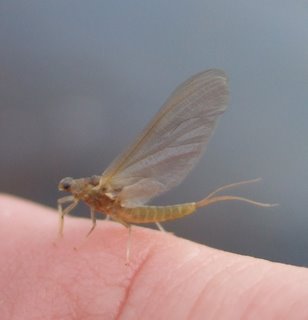 After a wee while I opted to fish a lightly weighted nymph under my standard DHE. All was working out ok (despite no fish) until I saw something funny near my fly. It looked like a bit of clear weed, and on closer inspection it might as well have been. How the hell I got a tangle like this I don’t know but it was bad enough to merit a photee. 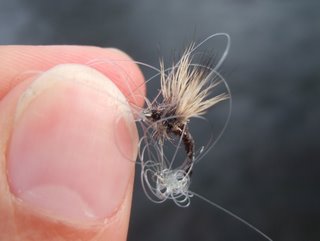 After a while and maybe a couple of missed takes it was time for a change of tactics so on with the ardsely bombers and away with the casting. I’ve spent so much time fishing these short line tactics in the last few years, usually in the winter, and it’s nice to actually catch a few fish at last. I’m soon to be getting a longer rod, part of the reason being for such methods. I think it’s much more effective than fishing a nymph under a dry, at least in the right water. A couple of trout and some more micro-grayling took a tungsten beaded monster and a garish pink shrimp. 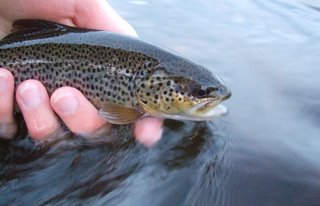 It was a lovely day, in large part because I managed to avoid falling in. A modest number of fish were very gratefully received at this late stage in the season, all of which fought well and looked in great condition. Hopefully they will spawn succesfully and bring us plenty more memorable days next year. Here’s to the season past and the one to come. 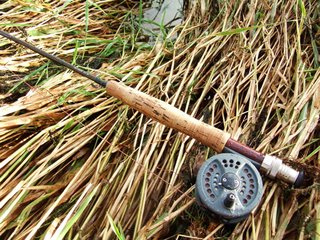