The new season bug has finally hit. It’s been a long five months away from my friend the trout and my arch enemy the grayling has been a tortuous winter companion. I really don’t understand the total and utter failure with the grayling this winter. It has certainly not come through a lack of time, effort or frozen testicles. All of these things have been offered to the Lady with humble servitude but it seems She has been occupied elsewhere. 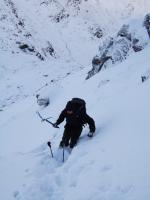 Well, I’ve arrived at a mental service station and before long it’ll be back along the road to trout city. It’s that time of year where opening day creeps over the dashboard and into view. I’ve been thinking about what the new season might hold and between fits of flashbacks from previous years a few new thoughts have crystallised.

This is going to be the year of the Spey. Last season a pal of mine called Ally taught me how to roll cast properly and it soon became a critical part of my fishing arsenal. Having said that I almost never use a standard roll cast, not with groovy alternatives like the snake roll and the double Spey. These days I can Spey cast almost as far as I can overhead cast, which either means I’m an absolute god of casting or my overhead needs work. Spey casting is unbeatable for fishing spiders and streamers across and down, and dry flies in tight corners. One of the great benefits is the lack of turbo-fish-spooking as caused by overhead flailing. 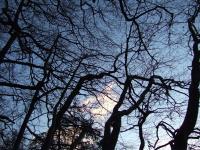 Old boy Alistair, our urban flyfishing guru, has staked out 2007 as the year of Stealth. This is of course a superb idea, and it’s one of the main reasons that I catch so many more big fish than Al. I am almost entirely invisible to trout when in stealth mode, apart from when falling in whilst attempting to simulate the hatch of a man-fly.

This is also going to be the year of the presentation cast. The wiggle cast is already par for the course. In fact, and I hate to return to this, I know that Al has mastered this as part of his revolutionary APC approach. We of course refer to the Automatic Presentation Cast which manifests itself as unavoidable wiggly lines on completion of every delivery. A real beauty that one. 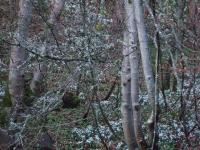 I’ve been working on curve casts and aerial mending. Never again shall Mr Trout be spooked by a poorly laid fly line. Unless intended of course, but we already knew that. Somewhere along the way my favourites, the snap casts, shall make an appearance, most probably during the difficult days of July and August. No fish shall fail to be impressed by my hard fought casting prowess. 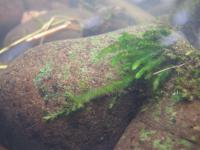 In that strange place called reality I fear that all this shall turn out to be a pile of CBS. Closed Season Bullshit is an affliction I seem to have been particularly struck by this winter. Let’s hope the new season bug provides a suitable cure.