What is summer to you? 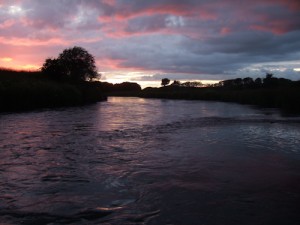 To me summer is late evenings on my favourite stream, casting at crimson water with sedges buzzing around my head. It’s the feeling of ariving to swarms of spinners pulsing forward and back, up and down around my car. It’s the sight of a blue winged olive perched on the windscreen, looking at all his pals in the air. 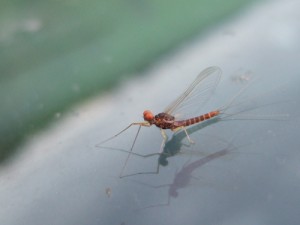 The other night I pulled the car up next to the verge and stepped out into the gathering dim. Swallows swept in their loopy dance above the field, and that feeling of summer magic crept out from its hiding place somewhere in my conciousness. 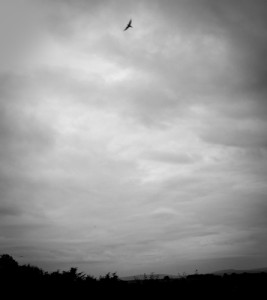 In recent months I’ve spent rather too much time contemplating where I’m going in my life, and thinking about all the things I’m not doing. Although I am still what one might call ‘young’, I do sometimes feel that life is moving on rather too fast. But on evenings with swallows and fragile little olives, I feel sure I’ve found something special and worth looking after, and enviable to most if they only knew. 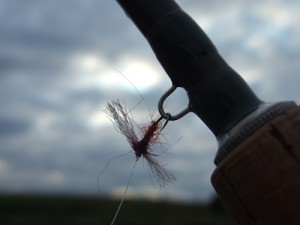 Summer is blue winged olives. It’s the squinting eyes that dart to and a-fro in search of the little sherry spinner on the end of my leader, as it’s tugged forth and back through low water eddies. With the passing seasons, though, I worry less and less about actually seeing the size 16 speck on the water. 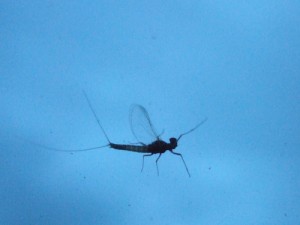 I increasingly view spinner fishing as being the mysterious brother to upstream nymphing, where the best success comes from seeing the surface of the water rather than looking for a fly lying prostrate on it. I try to focus all my attention on casting the end of the fly line to where I’ve seen a sipping trout, subconsciously timing the pace of the river as it brings the spinner back to the fish, and waiting for a rise. In the gloaming of 10pm in July it hardly seems worth the effort trying to see an artificial fly lying flat in or just under the water’s surface. 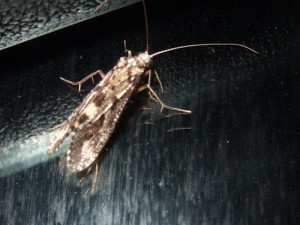 There usually comes a point in the evening where I decide that’s it’s time to cut loose and sedge for glory. This time normally arrives as I determine that it’s getting close to the point of no-tying-on-a-fly return. If the fish are obviously still on the spinner then it’s obviously a bit silly to switch to the sedge. But I have grown rather fond of the release granted by suddenly having a hunk of deer tied to a size 10 hook at the end of the leader, instead of the delicate filaments of poly-yarn and seal’s fur that comprise my sherry spinner. 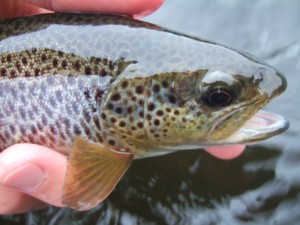 It’s been a strange year down at riffle city. Since I discovered that supplementary stocking of trout takes place there, things just haven’t been the same in my head. Nevertheless, summer has become so connected with riffle city that I’m uncontrollably drawn there come July. 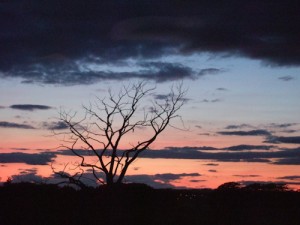 The trout this year have been uncommonly small. As with one of the other river’s I like to fish it has been hard work to get through the wee’uns. I’m beginning to think now that come summer the rule to follow is that there’s an inverse relationship between the apparent agressivness of the rise, and the size of the fish. So during these past two trips to the riffles I have been trying hard to spot the subtle rises. 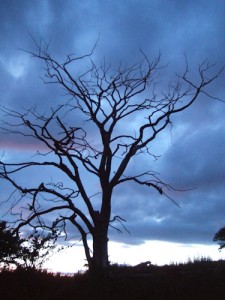 I’ve even had some success using this principle, but have no evidence to prove as much. It’s also been a season of fish falling off.