The trout season proper opened on the 1st April. It’s now June 7th and I haven’t really had a single eventful fishing trip. Forays to my usual early season rivers have been frustrating with sporadic hatches and even more sporadic numbers of rising fish. Perhaps I was just unlucky with my timing, but I’ve nevertheless been feeling a bit deflated by it all and in need of a piscatorial lightening bolt. 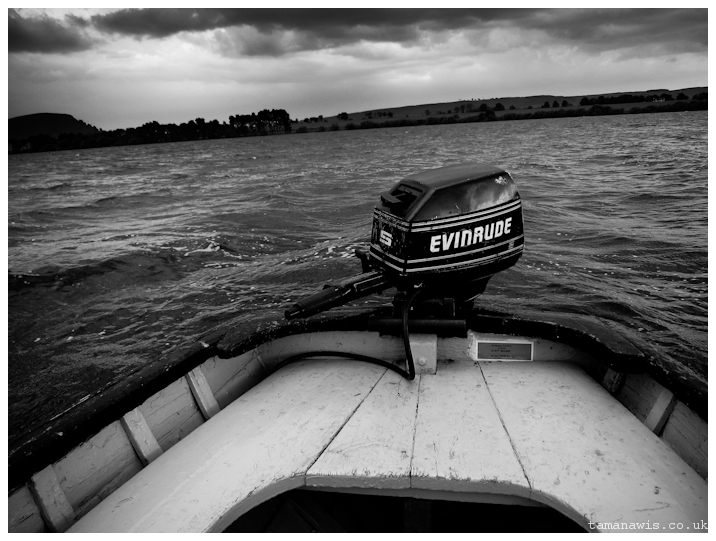 In search of inspiration I asked my old man to join me for an evening of loch fishing from a boat. The recent spell of beautiful warm weather seemed like a perfect precursor to a few quiet hours of drifting over big-fish depths with a couple of buzzers and a fistful of fine biscuits. 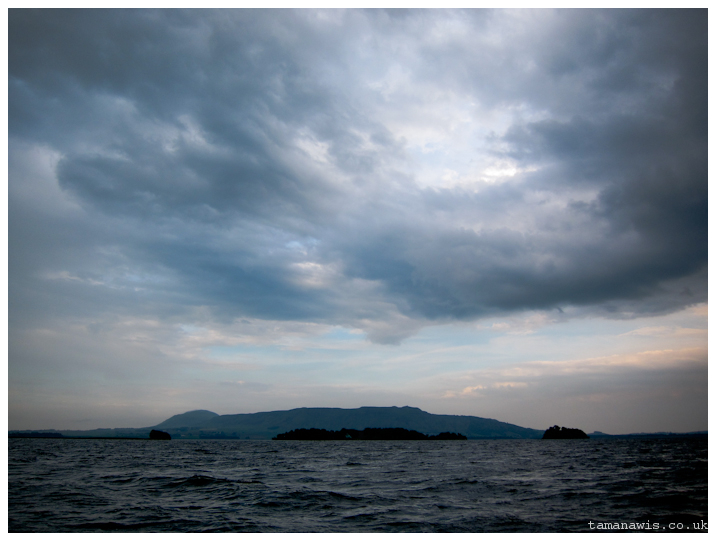 We arrived at the boat to find sticky conditions. Once I’d managed to remove the peppermint cream from its wrapper, however, we got round to checking out the weather. Overcast, dull, humid and a slight breeze. Can one ask for better loch fishing conditions? 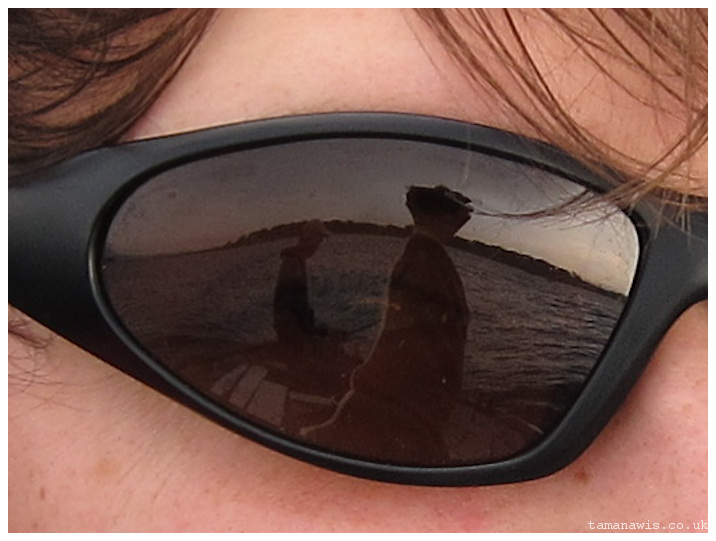 As we were getting ready to push out, I took a few moments to ask one of the regulars for some advice. I count myself as an all-around ‘improver’ with this fly fishing lark, but that category drops a couple of notches to ‘waste of space’ when it comes to fishing on big lochs. Buzzers I was told, small black ones with some red flashes at the head, fished slowly and carefully would (and I quote directly) “definitely catch fish tonight”. A true zealot, I lapped it up and prepared myself for baskets of golden trout. I could already sense the gentle draw on the line as a fish turned on the point buzzer, so delicious was the anticipation. 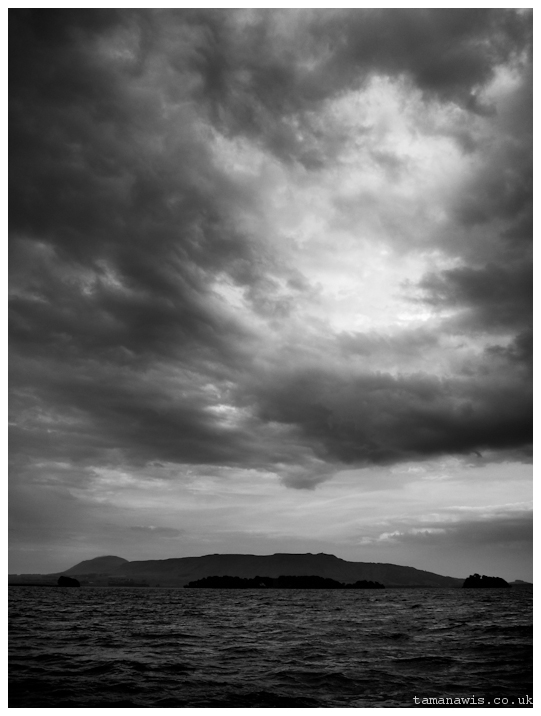 The first drift produced nothing except an increasingly hostile easterly blow. Likewise the second drift, and the third. By the time I’d finally got the motor going for the 4th time (it wasn’t easy…) I realised it was time to move on to a new bay. Ten minutes of motoring and out went the buzzers again, this time into water of barely 3-4′ deep which throbbed with weed. As I said, “waste of space”. 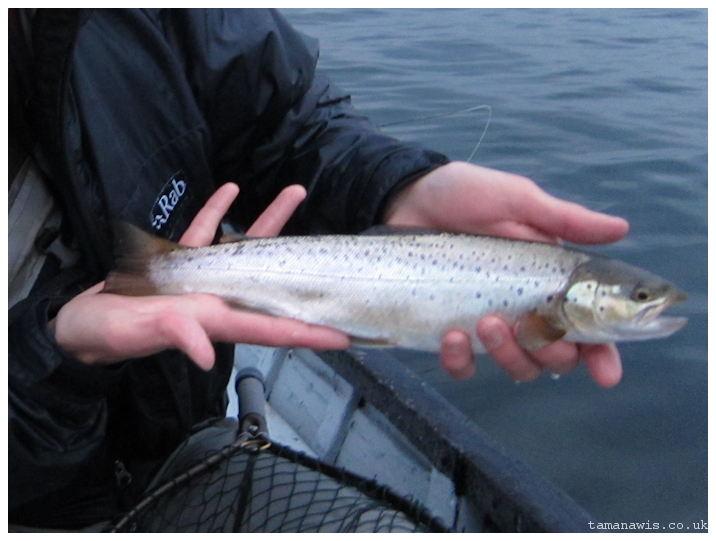 Nothing came of the weedy bay. By now the stiffening easterly had carried fresh rain clouds from the North Sea overhead and the brief interlude of scotch mist quickly gave way to proper rain and then something more like a tropical storm. I briefly rummaged through the boat box before accepting that I knew damn well that I hadn’t bothered to bring waterproofs, and that wishing for them at this point was probably only increasing the joy of Thor.

So there we sat, father and son, in a boat, gradually becoming waterlogged and casting aimlessly at the horizon for rumored trout. The spirit flagged. 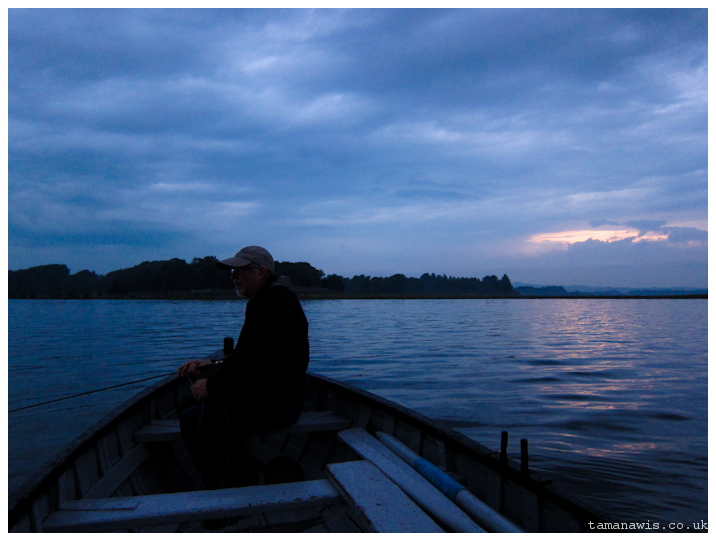 In another of the evening’s vaguely comic scenes I decided to motor the boat off towards the only bright spot of sky on the loch. I was fully aware that the bright spot was actually located somewhere between Heaven and Crieff but it still seemed like the right thing to do, if only for the mild sense of purpose it gave to proceedings.

In the far corner of the loch we sat, the wind now dead and the rain steady. I noted with some interest the rising level of water at the bottom of my fine boat box – of course I hadn’t brought the lid – and wondered how the sausage rolls were doing. Those clever devils at Border’s knew to package the all-important biscuits in a plastic sheath, but the Morrison’s gang fell at the first hurdle with the paper-bag joke that was their 4-sausage-rolls-for-50p loon. Together they rise but only the strong last out. 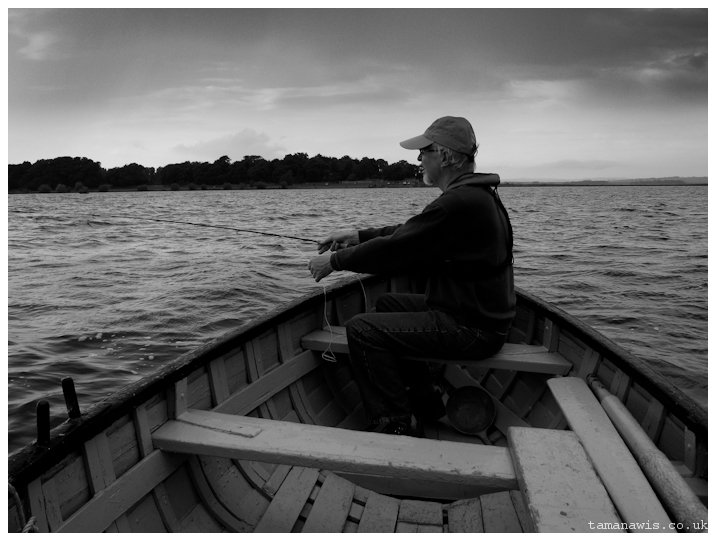 A mutual decision was made to head back to the pier and end the misery. By this time I was fishing 2 dry flies having decided that humour was the better part of valour. But as we rounded the point and admired the glowing sunset I spotted a small trout leap clear of the water. A few moments later I saw a distinct rise, and seconds later another. In the gloaming light I could just make out the dorsal fin of a buzzer-sucking trout hoovering up the remnants of the intermittent evening hatch.

As manically as my frost-bitten hands would let me I stretched out a line and cast where I guessed was ‘in front’ of the fish. Seconds passed, and I had just enough time to convince myself that I had finally started seeing things when a frothy rise grabbed my attention back and I found myself attached to an extremely unhappy trout. For only the second time this season I heard that wonderful ‘ziiiinnnggg’ as my cheapo reel threatened to melt in its casing. What a feeling, what a glorious sodden-arsed feeling that was.

Making as much of a meal of it as possible I finally netted the monster, only to find a relative tiddler at 3/4lb or so. In my short and often-exaggerated fisherman’s memory that must have been the most impressive 3/4lb of fight I’ve encountered. My 5 weight Sage really did buckle over in a quite beautiful arc. 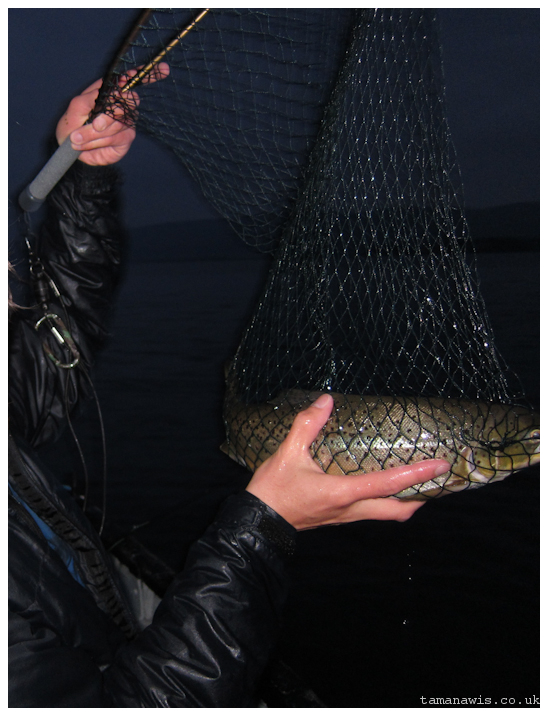 Hero shot in the can we moved on to a final drift. By this time there was definitely some kind of ‘rise’ on the go. Not a proper rise by any account, but given the completely fishless and uneventful preceding hours it felt exciting. Suddenly the #14 Shipman’s buzzer seemed a sensible rather than ironic choice and casts carried hope through the thickening air.

My wandering attention was suddenly brought back to focus as another fish nailed the dry. This time there was no denying it, he was a big fish. My plastic reel hummed a rather uncomfortably high-pitched whine as all my slack line was ripped back through the rings in short order. I don’t honestly think a fish has taken so much line from me since about 2004/5. It was great.

More experienced boatmen than I would probably have dealt with this kind of fish in a more elegant manner, but I found the process of having to dance 360 degrees around the boat a total thrill. In the deepening gloom I pulled him over the net and immediately twisted out the scales; a very respectable 3lb. 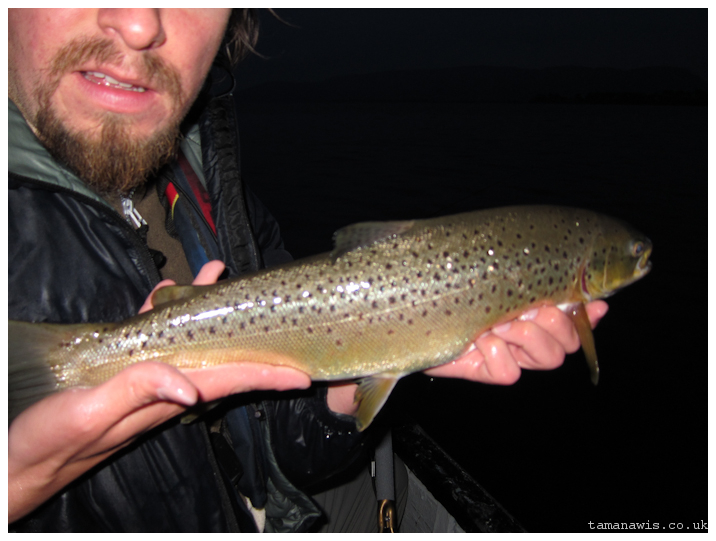 Apologies for the grotesque use of beard in this photograph.

Thoughts of lemon-crust barbequed trout briefly flashed across my mind, but in my fishing heart I heard the quiet voice which told me that the joy the fish brought to my evening was more than I needed to take from the loch. Sitting in the cold light of a foggy evening I’m glad I listened.