It’s funny how things creep up on you. My last strong memories of fishing were back in April and May, with the season getting into full swing. Large olives and March Browns on the water, clear spring sunshine, and all the season ahead. 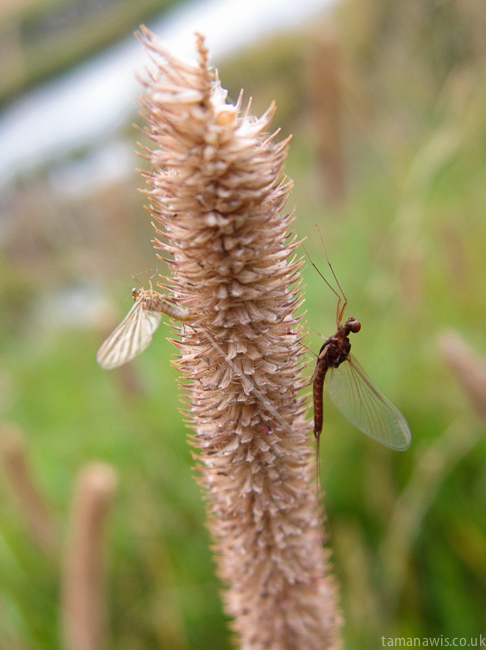 Somehow most of the middle part of the year seems to have gone begging, sucked away into the vortex of new job life and ‘other commitments’. It was thus with some excitement that I planned an evening down at a favourite summer haunt last night. 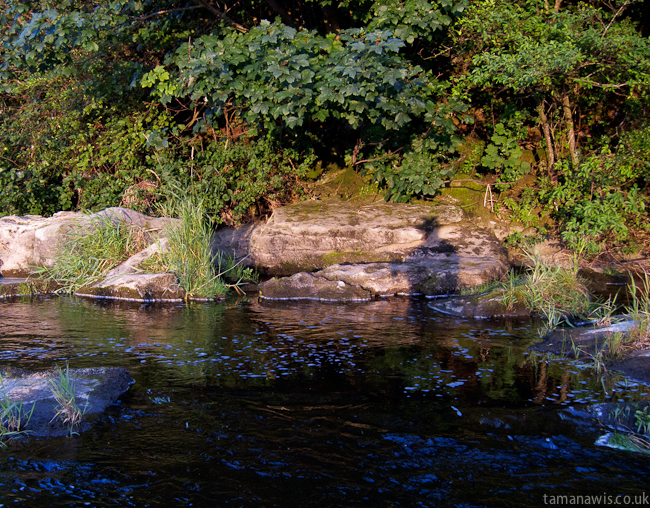 This time of year and this river always speak to me one acronym loud and clear, BWO. I arrived hoping there would be a blue-winged olive spinner fall, and over the next two hours I got as much and more. 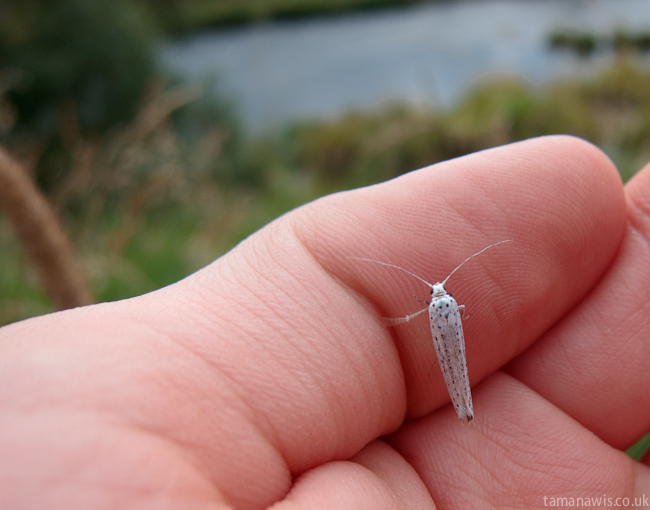 The air was abuzz with life. Male BWO spinners danced up and down in columns and sputtered into my polaroid glasses as I crossed the first field. As I crouched by the waters edge, there were thick swarms of gnats rolling up and down over the riffly pools in that curious, pulsating manner. Every few moments a silver sedge torpedoed into my jacket. Pale wateries were on the wing, as well as a host of terrestrials. A summer river in full life, surely one of angling’s greatest treats. 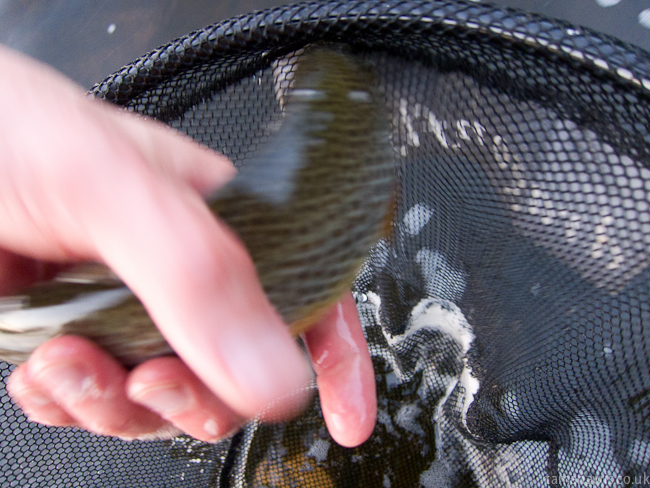 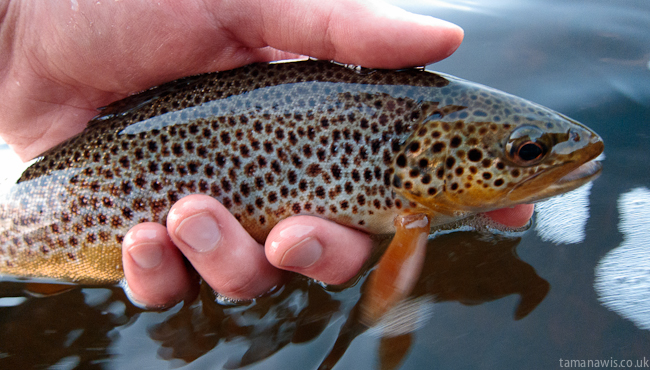 I set up with a longish leader and a size 16 F-fly, fairly typical fare for such conditions. A few small trout quickly got quite excited by this offering, but it still felt like I was somewhat overgunning things. So I dropped back, first to a little BWO sherry spinner, and finally to a size 22 nondescript greyish spinner thingy, at which point I started to get much more confident rises. Little sups, often impossible to see amid the rolling water. 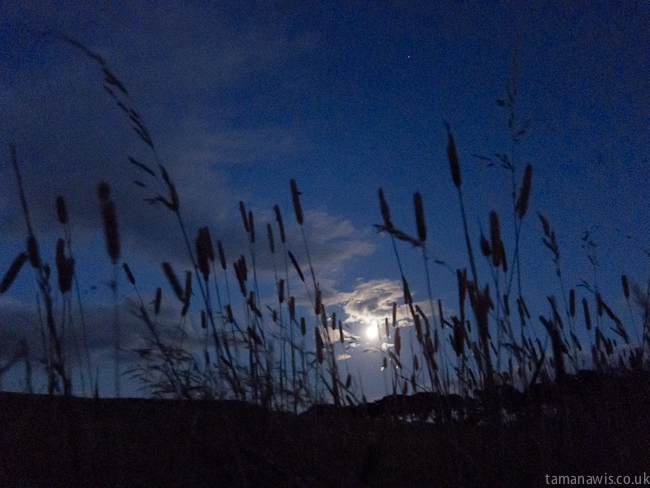 I’ve said it before in these pages (as I’m quite sure have many others before me) that fishing like this on summer evenings has a feel much more like upstream nymphing than the dry fly fishing of spring. It’s a hilariously frustrating task trying to track a size 22 greyish fly as it tumbles over greyish seams topped with hundreds of size 22 greyish bubbles. Intuition, I think they call it.

By half 8 it was getting distinctly darkish, and within 40 minutes the moon was the main light source. I slowly fished on up through knee deep seams and runs, getting the occasional sup, or at least imagining so. 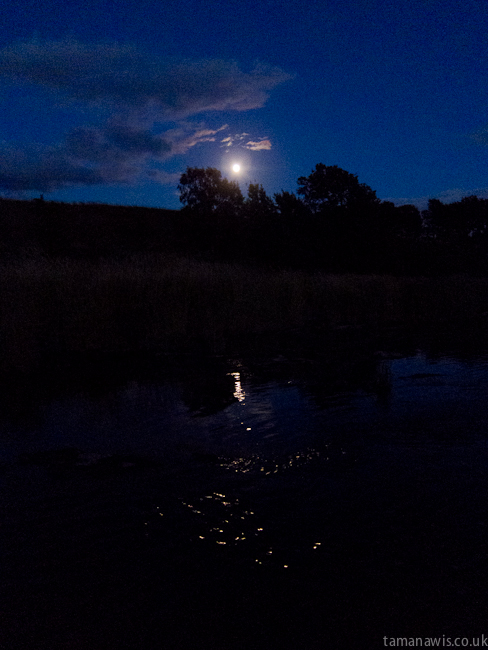 There’s a wonderful calm in fishing the dusk session at this time of year. The night descends, the air cools sharply, the water tugs ever so slightly heavier at your ankles. Fishing a very short line now, maybe 2 yards of fly line out the tip, trying to impart a bit of extra flick to push the leader out. Spot a sup, cast over it, a bit too far right, try again, it’s short, and again, that’s just about right…. “Â Â Â  “Â Â  …. that’s the sound of a ‘sup’ by the way. Jerk the rod upright in mild surprise, missed another one, move on a yard, try again… 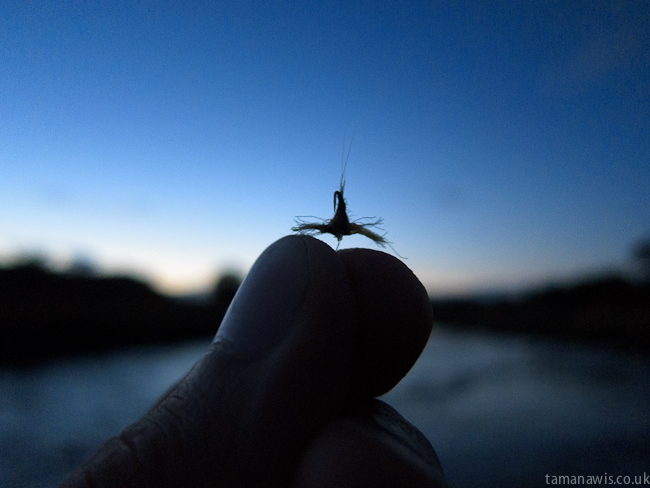 There’s this mesmerising rhythm, which I think is ever intensified by the diminishing light level which has a kind of focusing effect, like slowly turning the barrel of a camera lens and seeing things more clearly. With each passing minute, each drop in the available light, you have to concentrate that bit harder, so you are more entranced, and another minute passes, and the earth continues on its arc away from light, and I continue on my arc towards it. 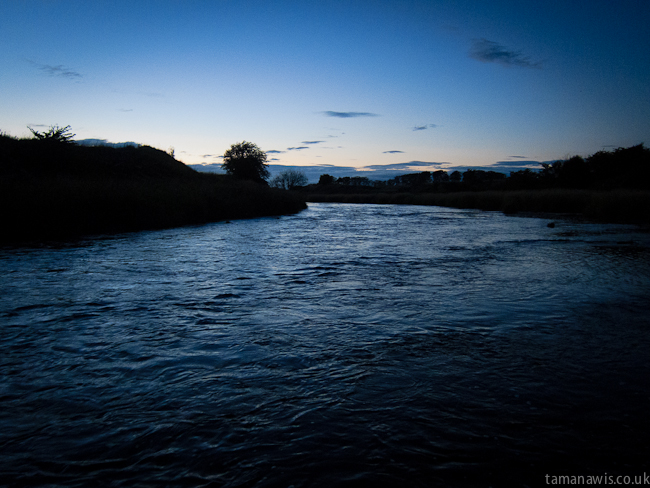 As in all fishing it’s the lines and seams, the drop-offs and edges, that are most interesting. I think that holds especially true for the line between day and night, and nowhere can that be more clearly felt than passing a few hours in the company of a summer evening on the river.